First, you have to keep in mind that slot machines are designed for luck, while video poker takes real skill to handle. Unlike usual slot machines, in video poker you can always calculate the payback percentage by taking a look at the information disposed of on the pay table.

The outcome of the game is influenced by your decisions, while normal slots won’t offer you the option to make choices.

Although video poker machines look nearly the same as usual slot machines, we can spot a number of crucial differences. In video poker you can calculate which is the most profitable machine and pick the right one.

Also, you can decide the amount of credits invested for the play and choose which cards to hold. The great part about video poker is that you can reach 100% level of profitability while usual slots won’t let you reach such a rate of return.

Long story short: video poker is designed for the ones that would choose lower but much more consistent wins. It’s all about strategy and working with numbers. On the other side, slots are considered right for people who just want to have fun and go for lucky high jackpots.

If you have been reading how to win video poker tips and can’t seem to understand much, it could be because you are not putting these theories to test. Some things only work best if you test them out for yourself. Learning through trial and error is one of the most productive things I have encountered in online gambling.

When you have a winning combination, hang on to it and make it work to your advantage. You may be tempted to break it for something better, but that will not work well, so hang on. If you have a Straight or a Flush, do not break it unless one of these cards gives you the chance for a Royal Flush. Also, only break a High Pair for 4 to a Royal Flush/Straight Flush.

You really also never want to break a 4 of a Kind, 3 of a Kind, or the all-important Full House. You only discard worthless cards as they get you nothing worthy, but the important players remain unbroken to the end. You may find these tips confusing at the beginning, but they all become easier as you play free video poker consistently. The key is consistency.

WIN REAL MONEY WHILE YOU HAVE FUN

It may all seem fun and games until you realize how much you stand to win with these poker video tips. A 5-card poker game, for instance, is easy to understand and will return up to 99.2% investment for your troubles. You only need to read video poker machine tips and try them out for free in an online casino before trying out for real money. Do you have to register am account? Yes, with a licensed casino and then you stand a chance to play for money or for free. You are free to choose.

Also, remember to spend your profits wisely. A good investment or some charity will surely help you in the future and give a much higher satisfaction.

Every professional gambler that enjoys video poker knows that this game offers high odds of making wins compared to the rest of casino games. Due to this, video poker continues to grow in popularity in both brick and mortar and online sites. For you to enjoy this game, you should start by understanding the rules of video poker.

In this game, the hand rankings are not very different from what you find in regular poker. There are, however, a few differences depending on the specific variant you prefer playing. Knowing the video poker hands rankings is not, however, enough for you to make consistent wins. Video poker winning hands are ranked in the following order.

Expounding on the video poker hands

Being able to analyze each hand correctly can help you gain more from playing video poker. For instance, when you get a jack, King, Queen, Ace, or Ten, you can form a Royal Flush. This is considered as the best hand in video poker. Though getting a royal flush is not always easy, you can win big if you are lucky enough.

If your chances of getting the royal flush are low, you should try to form a straight flush since it is also considered as one of the most rewarding hands. The straight flush comprises of five cards of a similar suit. Apart from such hands, you can also try to form at least four cards of the same value. This is called a four of a kind. While playing video poker, it is also possible for you to form five cards of the same suit without following a precise order.

WHAT IS A ROYAL FLUSH IN VIDEO POKER?

Since the arrival of video poker back in the 1970s, the game has continued to become better and is now recognized as one of the most popular gambling games today. This is because the game is known to have among the best odds in gambling. Unlike in other casino games, your skills can influence the outcome of online video poker.

People also choose video poker game due to its low house edge. Though you may have heard about the house having the upper hand in video poker, learning how to play this game well can help you beat the machine. The game may have different variants, but it is played using a 52 deck of cards. As a video poker casino game begins, you will be dealt with some cards. You should decide on which cards you would like to hold on to and which ones you wish to discard.

The highest-ranked card in most of the video poker variants is known as the royal flush. Every player that engages in video poker aims for the royal flush. It is considered to be the strongest hand in video poker. Though the royal flush has high payouts, it is very rare to obtain it since it is made up of cards J, K, A, ten, and Q of the same suit. A regular card deck has four suits of diamonds, hearts spades and clubs. Due to this, the game only has four royal flush combinations that can be dealt. 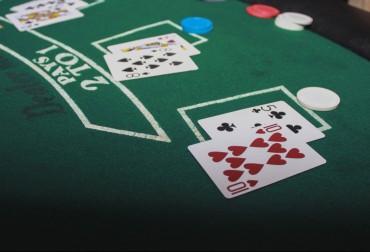